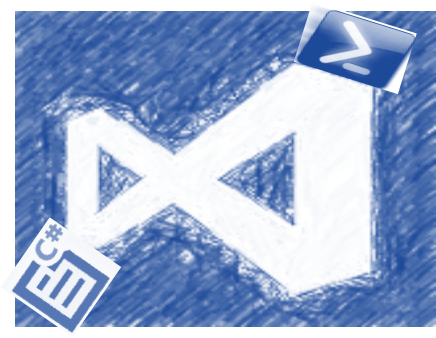 Powershell as we know is a platform for distributed automation in Windows environment. It’s very handy for Since Powershell is tightly integrated with .Net Framework and seamlessly work with all the components of Windows (also Windows Server) it comes powerful with the complete advantages of both the worlds. Windows Server 2012 ships with around 2300+ cmdlets to do faster management of server operations (again useful for all the different kinds of people we discussed) and similarly SQL Server, Office, Entity Framework etc has powershell cmdlets. Enough with history of Powershell, let’s see how we can leverage C# (Another powerful language) code and work within Powershell.

C# codes as we is know is the powerful language and when it comes along with Powershell, it become even more powerful. We are going to use following cmdlets and operators in this code snippet I am going to write a simple Calc application which will have both static and instance methods. In order to write a multiline code we should use here-string in powershell as shown As you could see I have created a Type called Calc which has two instance methods and one static method. Now I should tell Powershell that, I need to add the Calc type to the current Powershell session (Actually every user will have their own powershell session) Here is the code Once the type is added you can see the type using command New-Object as shown

We can call the static method “Divide” with the below command

As we do in C#, first create the instance of type Calc using New-Object and then call the instance variable to access all the methods Here is how your output looks like

As we saw above, we leveraged the power of C# in Powershell, but the real power comes while we run powershell command in C#, since powershell does lot of powerful job with simple cmdlets, if we could bring that in C#, it’s going to rock our code!!! Let’s not wait any further and get to the job. All the Powershell related functions are sitting in System.Management.Automation namespace, so guess what’s next you will do, well yes, you are right, reference that in your project!!! Here are the following functions I am going to use in C# to work with Powershell I am not going to detail on any of the above stuffs, since they are pretty easy to figure out yourself by googling J Now here is the code snippet As you could see, I have first written a powershell command which will get the list of process from my machine by selecting only its property named CPU and Name of the Process And then using AddScript() method, I am adding the created script and invoking it in Iterator. I am also using dynamic here (remember Dynamic Language Runtime (DLR)) since C# will not be sure of the properties the executed command is going to give during run-time (which make perfect sense) Now you can see the output as shown below (this will change for you and me J) 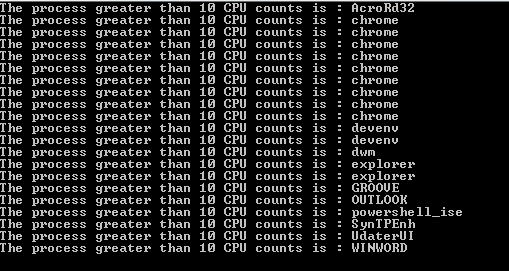 I hope this will give you an idea of how to use powerful Powershell in C# and vice versa !!! Thanks, Karthik KK

8 Replies to “Calling C# code in Powershell and vice versa”