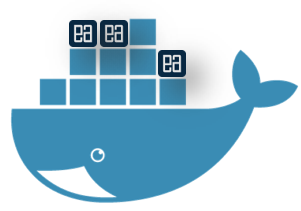 In the last post we discussed an introduction to docker, in this post we will understand what a container is and how important containers are in docker world.

We can browse all the different containers from http://hub.docker.com

So what these containers has ?

What if I change something in my software and dependencies ?

Docker includes git-like capabilities for tracking successive versions of a container, inspecting the diff between versions, committing new versions, rolling back etc. The history also includes how a container was assembled and by whom, so you get full traceability from the production server all the way back to the upstream developer. Docker also implements incremental uploads and downloads, similar to git pull, so new versions of a container can be transferred by only sending diffs.

Does these containers only has linux OS in it ?

Starting Windows Sever 2016*, there will be Windows Server containers, which provide greater level of flexibilities, using this, we can integrate with existing Windows technologies such as .NET, ASP.NET, PowerShell and more. Here is the complete video of the above discussion Thanks for reading the post and watching the video!!! Please leave your comments and let me know if there is anything I should update in this post. Thanks, Karthik KK

5 Replies to “Understanding and working with docker containers”