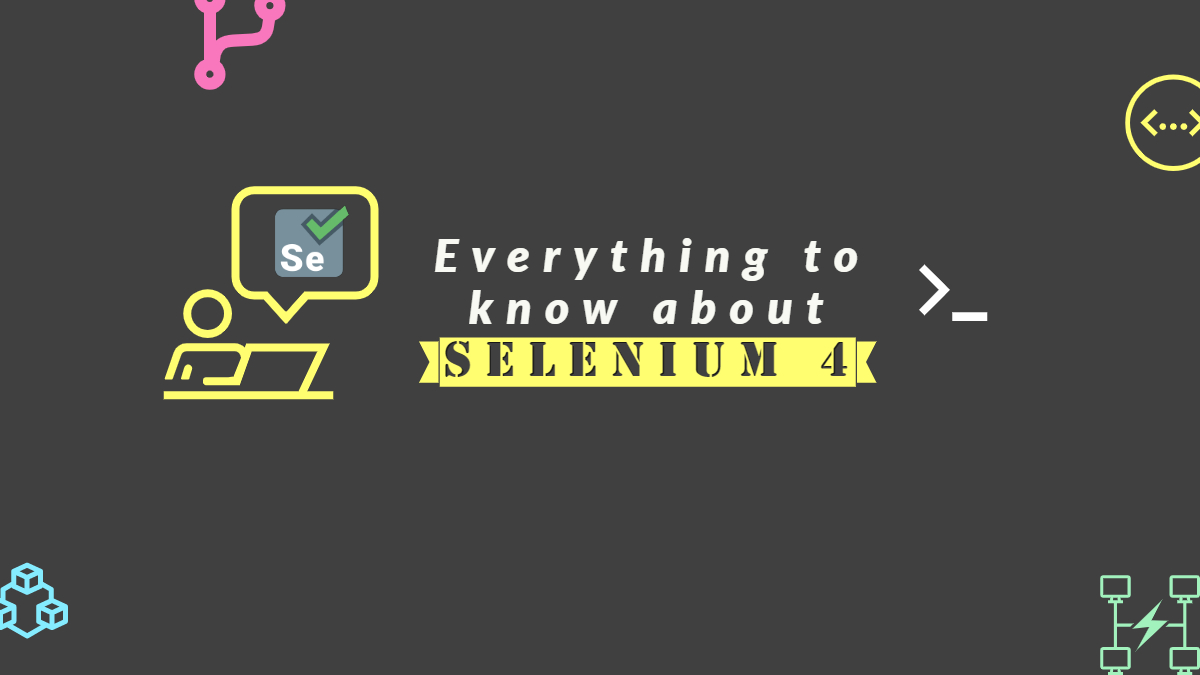 In this article we will discuss, everything you need to know about Selenium 4 features, updates and changes coming later this year or early next year to general public, while Selenium 4 is currently in alpha-3 version.

Before discussing about Selenium 4 features and updates, lets discuss about the Selenium History

Selenium RC – Released all the way back in year 2007 was very less in support with browsers and majorly HTMLUnitDriver was used during that time.

Then on 2011 and 2016 Selenium 2 and 3 released repectively and gained so much popularity among community and browser maker such as IE, Firefox, Safari, Chrome and you name it. Many companies started using Selenium Webdriver as the core and built wrapper around it, to leverage the power of Selenium for browser automation. And some popular third party softwares which has leveraged Selenium as the core such as TestProject, Katalon Studio, Testim, Test Complete etc.

Selenium 4 announced on 24/04/19 has got many new features since then. Starting from Selenium Alpha 1 through 3, some of the most noticeable features are

Chrome and Edge Driver now has ChromiumDriver as base class

With Selenium 4, we now have the ability to navigate two different browser windows or tabs same time with two different sessions out of box, which was not the case until Selenium 3 as shown below

Chrome Dev Tools are supported out-of-box in Selenium 4 and you can see all the features here in the library org.openqa.selenium.devtools , with this, you can gain access to all the ChromeDevTools features such as

Here is the complete video of the above discussion

Once again, thank you very much for watching the video and reading the article